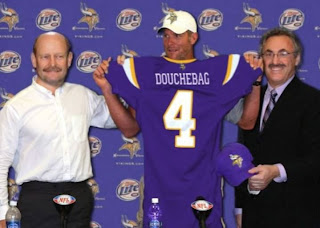 - August 21, 2009 No comments:
Email ThisBlogThis!Share to TwitterShare to FacebookShare to Pinterest

Here's a slideshow of our trip back to the midwest.

- August 19, 2009 No comments:
Email ThisBlogThis!Share to TwitterShare to FacebookShare to Pinterest

Brett, eat shit. May you have 30 picks this year.
- August 18, 2009 No comments:
Email ThisBlogThis!Share to TwitterShare to FacebookShare to Pinterest

Today is my last work day for a while, we go on vacation to Wisconsin to visit my family. I'm up early for one last client "beat down" conference call at 7am sharp. It's 5:40 now and I can't sleep. Partly this is because, thanks to a discovery on our bookshelves by way of "special delivery" from Livie, of a passage of a letter contained in a collection of letters by one Kahlil Gibran, artist and author of The Prophet--both author and novel until now I had not known or heard of. Livie has this way of finding the means to coax the things I used to do out of me, such as playing guitar, reading a passage from an old book. She'll point to one of the guitars I have hanging on the wall--my "rock museum," as I call it, or she'll grab a random book and say "read it!"

This book, "A Self Portrait," which is a collection of his letters, was once owned by K's mom. It's so early that I cannot yet ask K when or why she obtained it. But--and this is what got me up early--there is a passage in one of his letters, which I'll share, that makes me think of how I feel about my own brother.

My on again - off again relationship with my brother is legendary to those in the know (a.k.a. the two to three people who read this blog). Lately things have been off again, and as we approach our journey this year back to see family, I have some anxiety as to how the two of us will get along.

The following passage made me think about this relationship, and is written with more eloquence than I could ever dream of mustering up. It captures the essence of how I feel--if a bit dramatic--while not bearing much literal truth about who he is, or exactly what our relationship has been during the good times. I guess I could also say it makes me think of some oppositional forces inside my own self, and of some tendencies in our family lineage. But such as it is, it triggered something, and here it is:

When I read your letters I feel the existence of an enchanting spirit moving in this room--a beautiful and sorrowful spirit that attracts me by its undulation and makes me see you as two persons: one hovers over humanity with enormous wings similar to the wings of the seraphim whom Saint John saw standing before the Throne by the seven lamps; the other person is chained to a huge rock like Prometheus, who, in giving man the first torch of fire, brought on himself the wrath of the gods. The first person enlivens my heart and soothes my spirit because he sways with the sun rays and the frolicsome breeze of dawn; while the second person makes my heart suffer, for he is a prisoner of the vicissitudes of time...

You have always been and still are capable of causing the torch of fire to come from heaven and light the path of mankind, but tell me what law or force has brought you to Sao Paul and fettered your body and placed you among those who died on the day of their birth and have not yet been buried? Do the Greek gods still practice their power in these days?

Oh brother, I feel a gnawing hunger in my heart for the approach of the great works of art, and I have a profound longing for the eternal sayings; however, this hunger and longing come out of a great power that exists in the depths of my heart--a power that wishes to announce itself hurriedly but is unable to do so, for the time has not come, and the people who died on the day of their birth are still walking and standing as a barrier in the way of the living."

I have often said that writing is a form of exorcism as well as expression. If you have an idea, you of course express it. As well, if something is troubling you, best to get it down on paper. I'll now extend this thought to sharing a quotation, if and when one's own writing is not quite up to snuff. And, of course, no paper here.
- August 05, 2009 No comments:
Email ThisBlogThis!Share to TwitterShare to FacebookShare to Pinterest 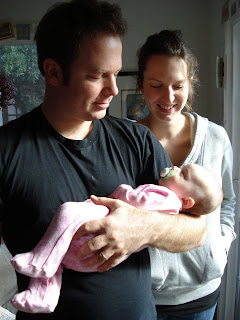